Somewhere back in November, I decided to write a children's picture book...because a picture book would be easy, right?

This book happened from an idea I had while making breakfast one morning. My toddler has been very fascinated by all things kitchen, so that morning he was sitting on the counter, 'counting' the eggs in the carton as he handed them to me.

Toddlers--if you don't already know it--generally like to talk, to talk a lot, and to talk repetitively.

That morning, we started talking about who had laid the eggs in the carton. That led to talking about other animals who laid eggs, and that led in turn to my book idea.

After years of procrastinating on half-a-dozen stories, I didn't need one more idea to stall midway through from yet another case of writer's block. I needed a project that was relatively short, easy, and doable.

For "Who," the final word count runs just under two hundred. The pictures took me about a month to create (though that meant a number of late nights at the time). And the idea was simple--and yet so fun to work with.

Turning the idea into a book was fairly basic. Getting it ready for publication has been a much bigger challenge, of course. I went from drawing the pictures (with soft pastels), to photographing them, to photo editing, to multiple iterations of rearranging two or three words in the text, to even more iterations of tweaking the images and the book layout.

I'm actually still finishing up a few little details, but I've got the main files finished, and I'm waiting for my second proof copy (the hardcover this time).

It should all be done by Saturday, though.

In fact, this weekend, I'm going to run a small giveaway/launch promotion to celebrate.

See you back on Saturday for the launch! 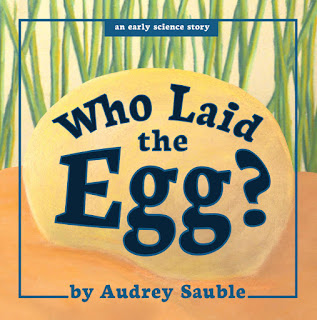 Discover some of the wonderful egg-laying animals in our world with this simple, easy-to-read story! This story introduces children to an ostric, a chicken, a frog, a turtle, and other, more unexpected creatures as they learn what animals lay eggs.

An early-science story for toddlers and preschoolers.

Available online from Amazon and Barnes and Noble, as well as through Indiebound.org.
art books my books writing