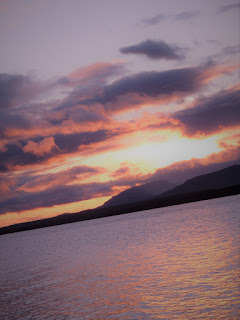 Want to build a solar system small enough to fit on your table?

Apparently, October 4-10th is World Space Week. I’ve never heard of it, but I found out this year thanks to an ever-helpful search engine home page. We’ve been on a bit of a space binge this year anyway, so this solar system was a big hit for my family.

To start, I used the link here (http://www.exploratorium.edu/ronh/solar_system/) to calculate the sizes of the various planets. I set the sun’s size to 17 inches, about the size of a basketball. Here’s what you’ll need to translate those sizes into a 3D solar system:

Once we laid out our solar system inside, we compared it with photos of the real planets. Did you know that the earth is about half the size of Jupiter’s red spot?

Then we gathered up our sun and headed outside to mark off the distances between the sun and the planets. Using the basketball/sun, though, even the closest planets were dozens of feet away. Uranus and Neptune would be thousands of feet away.

So, for our model, once we measure Mercury, Venus, and Earth according to the original scale, we shrank the sun’s size down to a one-inch ball and started over.

Guess what? Even if the sun were only an inch wide, Mercury would still be three feet away, while Neptune would be about 269 feet from the sun. Pluto? Well, Pluto would be 354 feet away and about the size of a grain of sand.

Do you have any favorite solar system projects?

(Credit also to Size Matters Science, for its image of a model solar system using several of the items I suggested above: https://sizemattersscience.wordpress.com/2015/06/17/build-your-own-solar-system/)
preschool space