August 14, 2018
Recently, I watched a video that showed a ladybug taking flight. 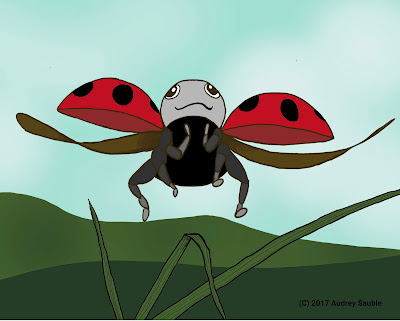 I’m not sure how I’ve survived this long in the Internet Age without seeing a video of a ladybug flying, but it’s incredible and crazy.

Like, really, really crazy—the video was a NOVA episode talking about origami patterns in nature. (You can see a little bit of it on YouTube here.)

Is is just me--or have you never seen before how a ladybug’s wings fold up under their shell?

I think I've seen them folding their wings up again after a flight, but...wow!

Seeing that video inspired me to draw a ladybug.

I played around with the image, tried a new style, and used the image to create a printable coloring page so that you can color your own ladybug too.

And do let me know what you think!

UPDATE: the coloring page in this picture became the inspiration for a creepy-crawly coloring book, Bug, Bug, Spider! This page, with a few changes, is part of the book. You can find out more here. 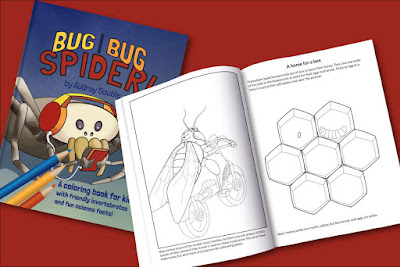