This month has been a long, distracted buzz!

But . . . in my last post, I mentioned that we've been working on "book projects" for summer break.

Very simply—we're working through some longer books over the course of a week and coming up with hands-on projects related to each day's reading session.

For the first week of summer break, we worked on art projects. 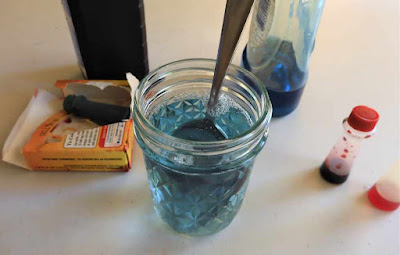 We've done a few other projects since then, including a couple based on Life on Surtsey: Iceland's Upstart Island by Loree Griffen Burns, from the Scientists in the Field series.

This chapter book explains how scientists have studied a new(ish) volcanic island off the coast of Iceland. Since the island formed in 1963, new plants and birds have steadily appeared on the island, migrating from other nearby islands or blown in by wind and waves.

Scientists use Surtsey as an island laboratory to study how fast it has been colonized by different species and how well those species thrive on the new land.

Life on Surtsey is a fun exploration of both science and nature--which makes it the best sort of book, in my opinion.

And yes, we built our own volcano as one of our book projects!

For our volcano, we used both the science-fair special with vinegar and baking soda and this recipe for Elephant Toothpaste, which makes a much foamier reaction.

Life on Surtsey, however, is mainly focused on how the scientists study plants and animals and track their arrival and spread year over year. So, our main project for this book was a bug survey . . .

For this survey, we picked three smaller areas of our yard--similar to the way the scientists on Surtsey pick plots of land to examine on each visit. We had one plot by our garden, one in a patch of clover in our front yard, and one in the backyard where the yard is mostly shade. 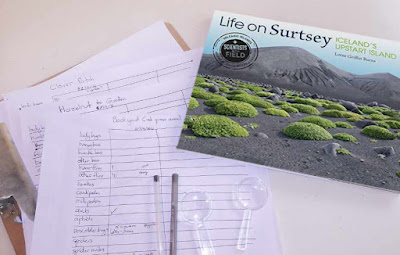 Then we spent 10 minutes in each plot, counting all the insects we could spot during before our timer beeped.

Plus, we found that bees are most visible since they fly above the grass, but when we pulled the grass apart and looked down in its roots, we were able to find spiders, harvestmen, mites, leafhoppers, ants, and even ladybugs. 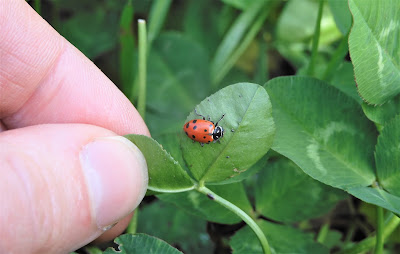 We had planned to do a second survey and compare the two results, but ended up skipping that step. If you do attempt a second survey, you could try these different variations to see how the insect population changes in different scenarios:

If we did this project again, I would probably change the plots to a sit-spot: each of us could pick one corner of the plot and sit in it for a few minutes, counting all the bugs we can see from that spot.

Our plots were smaller than the scientists' plots in the book, but they were still a bit large for the type of observations we were doing. Using smaller sit-spots would make it easier for kids to focus and look through layers of grass without feeling like they need to examine the whole yard.

Also, ten minutes might also be too long for younger kids. Preschoolers might do better with 1-2 minutes of observation, while older kids will be able to focus for longer.

Want to try a bug survey that helps scientists? Check out the Lost Ladybug Project and start photographing and recording ladybugs where ever you go!

And if you are interested in more geology projects, be sure to check out this list of kids' activities for learning about rocks. 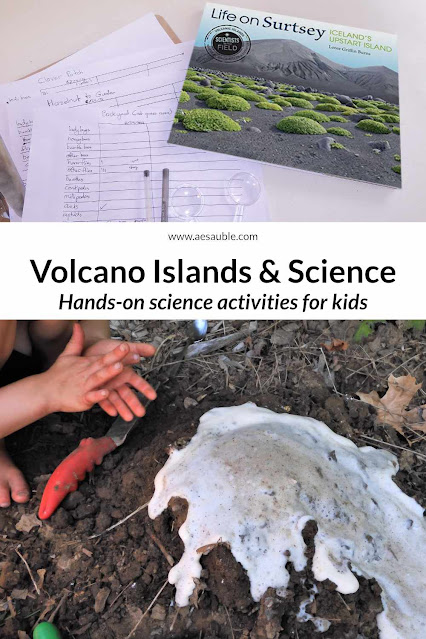